Tag Archives: with the beatles

The Beatles and JFK 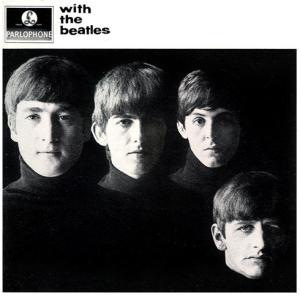 There was quite a contrast between the overall mood of the citizens of the US and the UK during the latter part of November 1963. While America was dealing with the grim task of burying a popular young president, over in England, the Brits were rocking out to I Want to Hold Your Hand.

As I wrote yesterday, both C.S. Lewis and Aldous Huxley had the sad luck of dying on the day that JFK was assassinated, thereby having the news of their deaths missed by the general public. In England, another cultural coincidence took place on that day that had different results. November 22, 1963 was also the day that the Beatles released With The Beatles, their second studio album.

Perhaps because the release of the album took place in the UK and not in America (the US version, Meet The Beatles! wasn’t released until January 20, 1964), the album’s sales didn’t seem to suffer a bit from the grim date of its release. Over a half-million copies of the record were pre-ordered in England and sales  topped a million on the island during its first year of release.

With The Beatles was released only eight months after the group’s phenomenal debut album Please Please Me. Seven of the fourteen tracks on the record were Lennon/McCartney compositions, with covers and George Harrison’s songwriting debut, Don’t Bother Me filling out the rest of the record. Despite the fact that the album is arguably one of the group’s weakest releases, it still manages to contain some gems, most notably All My Loving, It Won’t Be Long, and the band’s version of Chuck Berry’s Roll Over Beethoven, with George handling the lead vocal duties. 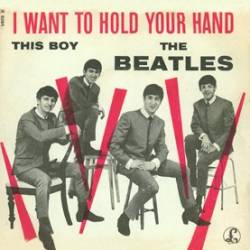 I Want to Hold Your Hand didn’t appear on the With The Beatles album. It was released as a separate single on November 29, and the response was phenomenal. It would knock another Beatles’ single, She Loves You, off the top spot two weeks later, becoming the first time the same act had consecutive number one singles in British history.

While all of this was taking place America mourned. The malaise didn’t seem to lift until Beatlemania hit the American shores the following year. It can be argued that the unofficial Kennedy mourning period ended the night the Beatles appeared on The Ed Sullivan Show in February 1964.