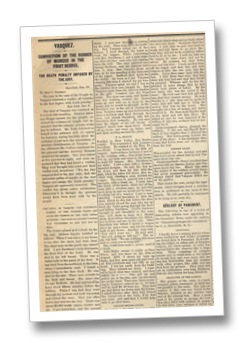 Twenty-five years ago today, I was standing at the USS Arizona memorial at Pearl Harbor, having landed in Hawaii a couple of hours earlier after an overnight flight from Australia.

I was too groggy to take in a lot of the details of the Japanese surprise attack given by the park ranger who was leading our tour. Instead, I found myself fixated on a spreading rainbow-hued oil slick in the water caused by seepage from the wreckage that had finally reached the surface after 45 years of entombment.

While half-listening to the ranger’s spiel, I heard him refer to “recent horrible events,” which I found confusing, since there was nothing recent about the Japanese attack. I also caught something about a “tragedy” that had taken place. I remember thinking, “Sure it was a tragedy, but we won the war.”

My gaze was stolen away from the spreading oil when he then said, “In case some of you haven’t heard, the space shuttle exploded this morning just after liftoff.”

There are those moment that we will all experience during a lifetime that defy the laws of physics and are not subject to the equations of space-time; those moments that aren’t a part of the past, but always right next to us, just out of reach. This was one of them.

I don’t remember many details of the rest of my stay in Honolulu, except that I spent more time in the hotel sopping up every detail of the explosion than I did being UV-foolish at Waikiki.

What’s funny is that until reading about the Challenger anniversary this morning, I had completely forgotten about the second shuttle explosion that happened only eight years ago this week, when Columbia broke up over Texas, killing all seven people on board.

How is it possible that I can vividly remember something 25 years ago, and to have seemingly been in a coma in 2003 that kept me from remembering Columbia?

I asked my wife Kimi about this and learned that she vividly remembers Challenger and its crew member Christa McAuliffe, but also has no recollection of the Columbia disaster.

So it isn’t just me.

The contrast between these two disasters is a dramatic example of the American media’s true power, which is to create our shared experiences by deciding what is truly important for us to remember.

This can even be seen in the reporting of the Challenger disaster. Everyone remembers astronaut-teacher Christa McAuliffe, who died 73 seconds into her first shuttle mission, along with the six other members of her crew. What is forgotten by nearly everyone is that there was a second woman on board that flight named Judith Resnick, a 36-year-old engineer who was recruited into NASA by Star Trek’s Nichelle Nichols. Resnick was the first Jewish woman ever to go into space.

Hawaiian-born Onizuka was buried in Honolulu. I was able to visit his grave on my next visit to Hawaii a couple of years after the disaster. This brought my memories of the Challenger disaster full-circle, since it is located only a few miles from Pearl Harbor.

To continue with our celebration of the 44th anniversary of the debut of the original Star Trek television series this week, we will take a look at Vasquez Rocks, a Los Angeles County park near Agua Dulce that was used as a filming site in just about every series and film in the long Star Trek franchise.

Vasquez Rocks is a 900-acre collection of jagged rocks jutting out of the ground at 45-degree angles like compound fractures piercing through the Earth’s skin. The rocks were named for legendary bandit Tiburcio Vasquez, who was said to have used the area as a hideout during his reign of crime in the mid-1800s.

The area has been used for motion pictures since the earliest days of filming and has been seen literally thousands of times on film. Every cowboy of note filmed here including John Wayne, who began his career as “Singing Sandy,” the very first singing cowboy, in a series of B-Westerns shot here in the 1930s.

More recently, the rocks have served as backdrops for dozens of films, television episodes, and commercials. A host of music videos have been shot here as well, including a portion of Black or White by Michael Jackson.

Vasquez Rocks has functioned as something of a totem for Star Trek, having shown up in three of the films, and in episodes from at least four of the television series. The rocks appeared four times in the original series, including the episode called “Arena” in which Kirk has to battle the reptilian Gorn.

In Star Trek, last year’s reboot of the film series, the rocks modeled for the planet Vulcan, which imploded due to a black hole placed inside the planet and claimed the life of Spock’s mother (played by Winona Ryder). Although the area is only seen in the movie for a matter of moments, park officials claim that the filming took several weeks.

Vasquez Rocks has become so linked to the Star Trek franchise, that whenever news leaks out that a new movie is in the works, fans have been known to show up at the gates to catch a glimpse of the filming, merely on the assumption that the park will be used in the film. 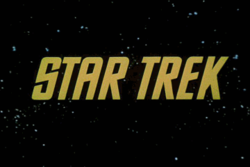 This "Star Trek" logo, which was first seen by American TV viewers on September 8, 1966.

44 years ago this week, a group of characters who wouldn’t exist for another couple of centuries, were first born.

To the joy of nerds everywhere (like me), Star Trek made its first appearance on network television on September 8, 1966. The original series followed the crew of the Starship Enterprise of the United Federation of Planets. It was developed by Gene Roddenberry and starred William Shatner as Capt. James T. Kirk, Leonard Nimoy as Spock, DeForest Kelley as Dr. Leonard “Bones” McCoy, James Doohan as Montgomery “Scotty” Scott, Nichelle Nichols as Uhura, George Takai as Sulu, and Walter Koenig as Pavel Checkov.

Roddenberry was able to sell the series as an “outer-space Western,” but he intended the underlying theme of the show to be a forum for progressive political ideals that were rarely touched on in 1960s television. An example of this is the “Prime Directive” – a regulation which prevents Federation officers from interfering in the healthy development of alien cultures – which was a cloaked swipe at the U.S. government, which was involved in a war in Southeast Asia at the time. The multi-racial crew was unheard-of, and the series even featured the first interracial kiss on an American television series between Kirk and Uhura in the 1968 episode entitled “Plato’s Stepchildren.” (To be technical about it, Kirk actually kissed a Vietnamese-French actress earlier that same season who was playing a female alien.)

To say the show was an immediate hit would be a stretch. It was only spared cancellation during its second season by a huge letter-writing campaign that postponed its demise for another year. The show’s “five-year mission” ended after only three seasons in June 1969, just six weeks before the Apollo landing on the moon. It was immediately put into syndication, and quickly became a cult favorite.

Star Trek developed into an entire industry for Paramount Pictures, spawning eleven feature films and five follow-up television series, the largest number of spin-offs in history. The final series, Star Trek: Enterprise, went off the air in 2005. The franchise went briefly into hibernation until being “rebooted” in last year’s Star Trek, a “prequel with a twist,” in which the genesis of the original story was able to be rewritten due to a disruption in the space-time continuum.

No one would have believed it in 1966, but the way things are going, it appears that Star Trek – in one fashion or another – will still be around on March 22, 2228, when James T. Kirk is scheduled to be born in Riverside, Iowa.

Tomorrow we will explore Vasquez Rocks, a frequent location for Star Trek filming.