The Devil and Robert Johnson 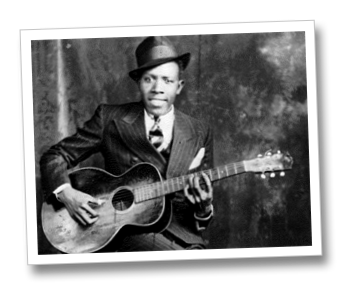 His guitar wizardry made folks in the Mississippi Delta believe he had sold his soul to the Devil in exchange for his talent.

When Keith Richards of the Rolling Stones first heard one of his recordings, he couldn’t believe it was only one guy on the guitar and asked, “Who’s the other guy playing with him?”

Blues guitar great Robert Johnson, who was born 100 years ago yesterday in Mississippi, is truly one of the “legendary” founders of blues and rock and roll; a legend that is based as much on his flimsy biography as for his guitar proficiency.

Although he was later one of the founding inductees into the Rock and Roll Hall of Fame, he was almost completely unknown during his lifetime. What is known is that he was born in Mississippi and spent some time in Memphis as a boy, where his father moved after separating from his mother.

As a young man he played harmonica and jaw harp in the Delta, where musicians claimed he was a terrible guitarist at the time. He reemerged a short-time later as a beast on the strings, birthing a myth that he had entered into a pact with the Lord of Darkness at a crossroads at midnight.

Were it not for a handful of poor recordings made in San Antonio in 1936 and a year later in Dallas, his name and image would most likely have been forgotten forever.

Instead, when his recordings resurfaced in the early 60s, he was able to influence several soon to be rock guitar gods, like Eric Clapton, Keith Richards, and Jimmy Page.

In August 1938, Johnson was playing shows around Greenwood, Mississippi, when he died from poison said to have been administered by the jealous husband of a woman he was seeing.

His death at the age of 27 began a dark tradition later continued by Jim Morrison, Janis Joplin, Jimi Hendrix, and Kurt Cobain. 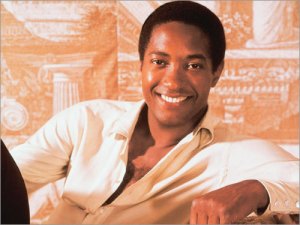 Any way you slice it, the first two weeks of December were historically tragic ones for popular music. Already this week we have chronicled the anniversaries of the dark days of Altamont and the death of John Lennon. There were two other significant passings that occurred during this time in the 1960s. Rock and roll and soul pioneers Sam Cooke and Otis Redding both died violently at young ages during early December only three years apart.

The first to go was Sam Cooke, who was gunned down under mysterious circumstances on December 11, 1964. Cooke was born in 1931 in the hotbed of the blues, Clarksdale, Mississippi, but grew up in Chicago where his father was a respected minister. He first got notice as the vocalist for the legendary gospel group The Soul Stirrers, who had several hits during the early 50s. Later that decade he broke with his gospel roots to become a secular singer. Over the next seven years he had nearly 30 hits, including Another Saturday Night, Cupid, Chain Gang, Twistin’ the Night Away, You Send Me, and A Change Is Gonna Come, which became a soulful anthem of the Civil Rights Movement.

Cooke was shot and killed in a South L.A. motel by the establishment’s female manager who claimed he was threatening her life. A coroner’s inquest later ruled that the killing was justified. He was only 33.

Sam’s widow Barbara created a scandal by marrying soul artist Bobby Womack only three months after his death, thereby becoming one of a select group of women (Patty Boyd is another) who married two men that are today in the Rock and Roll Hall of Fame. Cooke’s daughter later married Womack’s brother, making the family tree a bit more interesting.

With Sam Cooke’s talent and good looks, I am stunned that his story has never been brought to the screen in a major way. Hollywood, get on this. 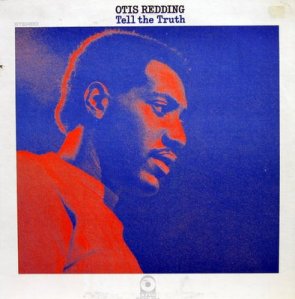 Three years and one day later, twenty-six-year-old soul singer Otis Redding perished, along with most of his backup band, when the plane they were flying in crashed into a lake in Wisconsin.

Redding spent most of the 60’s building a fan base through electric performances of his hits Try a Little Tenderness, Mr. Pitiful, and I Can’t Turn You Loose.

Today he is best remembered for the single, (Sittin’ On) The Dock of the Bay, which he recorded only three days before his death. It was Redding’s only number one hit, becoming the first posthumous chart topper in American history.

Incidentally, the whistling that you hear in The Dock of the Bay was never meant to stay. Redding used it as a place holder for more lyrics that he intended to insert later.

1 Comment   |  tags: a change is gonna come, altamont, another saturday night, blues, bobby womack, clarksdale, cupid, john lennon, otis redding, rock and roll hall of fame, sam cooke, sittin' on the dock of the bay, soul music, you send me | posted in Polaroids From the Old and New West