At the Birth of a Legend, Part 2

In the blink of an eye, just over 57 years ago, James Dean went from being one of the brightest young stars in Hollywood, to another tragic traffic fatality. Today, as tribute to our friend Ron Nelson, who passed away on August 7 at the age of 94, I am posting the second of a two-part article that I wrote in 2009 on Ron and his partner Ernie Tripke (who died in 2010) who were the CHP officers who investigated Dean’s crash in 1955. 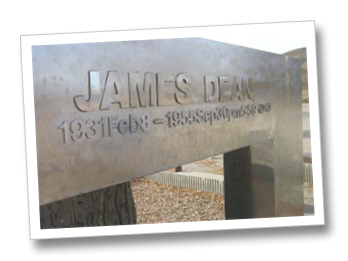 “There was also another traffic fatality that I investigated that night,” said Tripke. “It was a young man in the military who was killed, but that was quickly forgotten due to the James Dean crash.”

“By the time we got back to the station,” Nelson remembered, “the phone was ringing off the hook. And it didn’t seem to stop for months.”

Tripke also remembers the constant stream of phone calls he got about the crash until he was promoted to sergeant and transferred to Eureka a few months later.

“I was sorry to see him go,” laughs Nelson, “because that meant that all the phone calls fell to me.”

Tripke and Nelson viewed Dean’s body after the crash at the funeral home, and Tripke, who spoke German in his home as a child, was later asked to help translate for German-native Wutherich in the hospital. An inquest was held a few days later in a much larger arena than usual due to Dean’s fame. The coroner’s jury found neither driver to be at fault for the accident.

The families of the two men spent much of their retirement years traveling together throughout the west in identical RVs. And the friendship that Nelson and Tripke have maintained has extended to each others’ families. Tripke’s wife Harriett and Nelson’s wife Genece have been close friends for decades, and Tripke’s daughter Julie and Nelson’s daughter Jenell, are also best friends.

Both men agree that the James Dean crash was the biggest event of their careers. They have often been paired together and asked to recall their memories of the accident for numerous newspapers, television stations, and documentaries. The interest in James Dean followed them into retirement.

“I was told that I could expect to hear about James Dean until 2005, which was the fiftieth-anniversary of his death, and that was the truth,” said Tripke. “It seems like after the fiftieth, the calls stopped like someone had turned off a spigot.”

Recently, the two men were again the subject of James Dean interest when I went with Santa Clarita Valley Historical Society President Alan Pollack, and Leon Worden of SCVTV in Newhall, to interview them near the site of Dean’s crash. We met in a restaurant called the Jack Ranch Café. In 1955, it was the site of Paul Moreno’s repair shop. 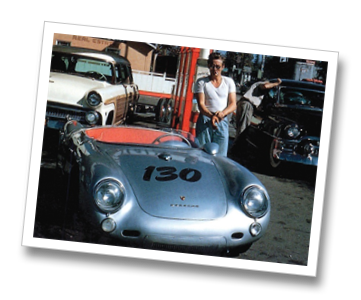 It was to the repair shop that Dean’s Porsche, as well as Turnupseed’s Ford, were brought after the crash. There is a picture in the restaurant of the two smashed vehicles sitting side-by-side in the garage in 1955.

Both Tripke and Nelson are very friendly and in remarkably good health with crisp minds that can recall details from a half-century ago without pause. They look decades younger than their ages, and both are blessed to have been married to the same women for more than 60 years, and to live close to other members of their family.

The two men spent much of our time together dispelling myths that have taken on a life of their own about Dean’s crash.

“I read a couple of years ago about Dean’s “fiery crash” and there wasn’t a spark to be found,” Tripke said. “I also heard that some people believe that Wutherich was actually driving. This wasn’t the case because Dean’s feet were tangled up in the clutch and brake pedals, so I knew he had been driving.”

It is known that Dean had been speeding earlier in the day because CHP Officer Otie Hunter had cited him for going 65 in a 55 mile per hour zone south of Bakersfield. (We met Hunter, now 94, on the same day we interviewed Tripke and Nelson. He took us to the very spot where he wrote Dean his ticket in 1955.) But Nelson discounts the notion that Dean was speeding at the intersection.

“My investigation of the skid marks indicated that Dean was going no more than 55 miles per hour through the intersection, which was the legal speed. I’ve heard people say that he was going 90 miles per hour. If he had been, there wouldn’t have been anything left of the car.”

Another myth about the Dean crash that both men deny was that Dean had been drinking earlier and that his body was so drained of blood by the crash that to test his body for alcohol would have been impossible.

“That was just not the case,” said Tripke. “He was not bloody at all and we had no indication that alcohol was involved in the crash. It was customary for a blood test to be performed on all deceased drivers, and Dean’s blood came up negative for alcohol.”

Since it was still daylight at the time of the crash, and excessive speed and alcohol weren’t involved, I asked Officer Nelson what he believes to be the cause of the crash that claimed James Dean’s life.

“Because there were no lights on his car,” he said. “If James Dean’s Porsche would have had its lights on, Turnupseed would have seen him and not pulled into his lane.”

It may seem anticlimactic for some to learn that the crash that created the James Dean “rebel” legend could have been prevented by simply turning on headlights, and was not caused by recklessness, excessive speed, or alcohol. And sometimes the true facts of a story get lost in the re-telling. That’s why it’s so important to capture the stories from the people who were actually there.

And from Ernie Tripke and Ron Nelson, we can learn about what really happened on the day James Dean died – and even more about friendship.

Click here to watch an interview I conducted with Ron and Ernie for SCVTV in 2009.

Freelance writer, film historian, taphophile END_OF_DOCUMENT_TOKEN_TO_BE_REPLACED
This entry was posted on Wednesday, October 3rd, 2012 at 8:23 am and posted in Polaroids From the Old and New West. You can follow any responses to this entry through the RSS 2.0 feed.
« At the Birth of a Legend

One response to “At the Birth of a Legend, Part 2”